It was a tremendous honor to receive these awards from the World Shootout and to attend the live awards ceremonies in person at the Boot Dusseldorf show!  In January, 2017, “Team USA” with myself, Ron Watkins and Jeff Milisen won the National Team category, and then we came back to win it again three years later in January, 2020, which was all quite a surprise and an exciting set of developments!  Winning the team categories was such a unique experience, as most contests are strictly individual competitions.  Collaborating with Ron and Jeff was not only a lot of fun, but I also learned a lot about choosing the “right” pictures during our many lengthy conference calls where we critiqued each other’s pictures and narrowed down our prospective images to the six that we submitted. 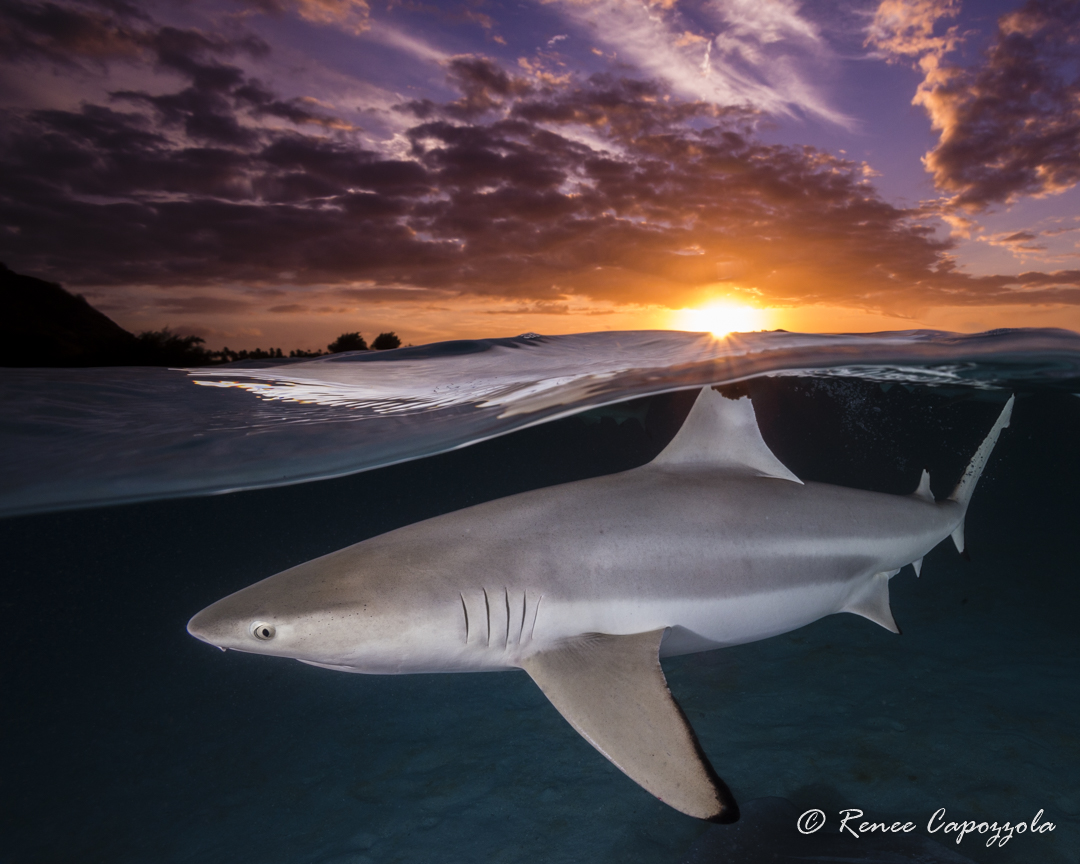 The January 2020 Boot show was also memorable for me because I brought my whole family, including my two sons.  When I received my awards for USA Photographer of the Year and for the National Team category, they both joined me on stage, which was a very special experience for me.  This also turned out to be my last trip before the COVID crisis locked down travel for many months, so I was even more appreciative of having had this opportunity.

I love to photograph all kids of marine life, but I’d have to say that two of my favorite subjects are sharks and turtles.  Because these animals are threatened, I like to show them in a pleasing light, often creating split-level shots paired with sunsets.  I find that many people who are not divers are apprehensive about sharks, so I prefer to photograph these magnificent creatures in positive, creative ways that add beauty to the scene. Being able to share the ocean with these amazing animals is a real privilege.  I hope that my pictures will allow people to appreciate the beauty of the ocean and help increase the awareness of the added protections marine animals need throughout the world.